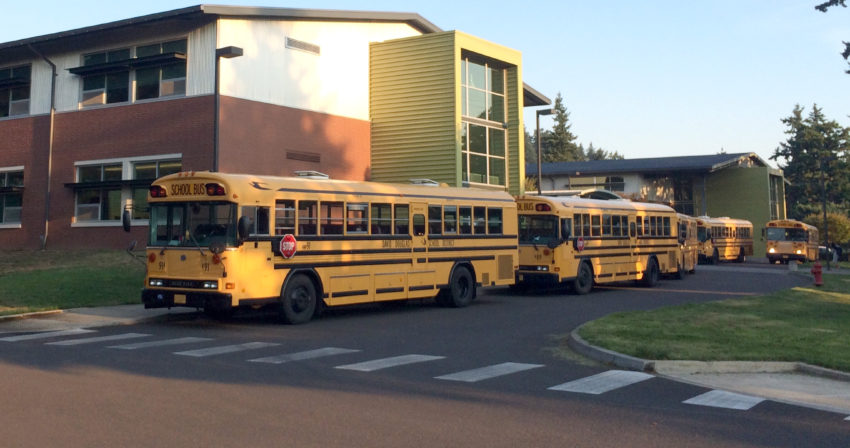 Over the last two months, the District has sought input from families, staff and community members about our school bell schedules. In short, we wanted to know what times you think school should start and end next school year.

About 2,300 people took our bell schedule survey, we received comments from more than 600 people, and we held two community meetings to hear discussions in person. In addition, we received dozens of comments via email and Facebook. The survey was made available in English, Spanish, Russian, Vietnamese, Chinese and Somali.

We want to thank everyone who participated in the process and spent time giving us this invaluable feedback. In addition to determining the best bell schedule for our community and students, this process has provided us with community insights and information that can help us make decisions in other areas going forward.

More than 63% of parents/guardians/families taking the survey wanted to preserve our schedule that has David Douglas High School starting earliest in the morning, followed by the middle schools and Fir Ridge, with elementary schools opening later in the morning. A majority (54%) of all respondents, including families, staff and community members, wanted to preserve the current schedules.

Based on the information gathered, the David Douglas School District has decided against changing our bell schedule. School start and end times will remain the same next school year as they are this year. Of course, this decision also preserves some of the issues the District faces that led to us exploring other options. We are committed to continuing our strong recruitment efforts to increase our numbers of bus drivers and to make internal adjustments to routes and schedules to increase transportation efficiency.

As with all school districts in Oregon, we will likely continue to face a shortage of bus drivers and occasional delayed bus routes. We will monitor both issues going forward and may revisit possible changes in the future. In the meantime, if you know anyone who would be interested in becoming a school bus driver, encourage them to contact our HR department for more information.

Great benefit came from this process. We were able to have a community wide dialogue about important issues like student sleep patterns and needs, childcare availability, student safety getting to and from school, ability to participate in after-school activities, and more. In addition, the attention this process brought to the issue of a bus driver shortage actually led to a small surge of people applying to become drivers, which has allowed us to bring in additional transportation staff.

Again, thank you to all who participated in this process. You can see the complete survey report at the link. This report includes overall responses to all questions, a complete listing of all comments, and survey results broken down by respondent (parent, staff, or community member) and by language.