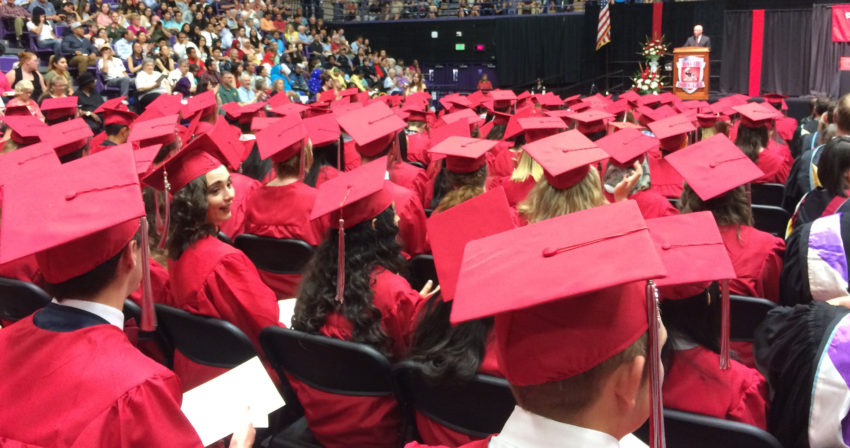 Graduation rates for Asian students, black students and economically disadvantaged students all increased over the prior year, and all groups increased significantly over the Class of 2017, when the overall graduation rate at DDHS was 72%.

The David Douglas graduation rate goal is 83%, and the District took a significant step toward that goal last year. David Douglas High School Principal John Bier attributed the increase to work by staff and recent initiatives.

“We have a terrific staff that builds relationships with kids,” he said. “You know when you do that, you make a big school small.”

An increase in Career and Technical Education (CTE) courses funded through Measure 98 also played a role. Mr. Bier pointed out that more than 90% of students who take CTE courses graduate.